In order to root your smartphone or install a custom ROM, one of the first conditions that should be fulfilled is unlocking the bootloader.

I still remember the time when Xiaomi users had to seek permission from the Chinese tech giant and write a valid reason for attempting the unlock.

Today, Xiaomi grants Mi device unlock permission to nearly everyone, however, the process is as grueling as it was a few years ago.

In this article, I will try to simplify the Xiaomi bootloader unlocking process.

How To Unlock Bootloader On Xiaomi Devices?

Xiaomi makes its users go through an agonizing wait before allowing them to unlock the bootloader. Try to follow all the steps with sincerity since one step in the wrong direction is enough for Xiaomi to reset the waiting period.

Note: Unlocking the bootloader of your Mi device will erase all the content. Make sure you have backed up your data either on Mi Cloud or Google Backup.

Step 1 – Make a Xiaomi account and sync your mobile number

Xiaomi users generally skip making an Mi account during the initial setup. But in order to unlock the Mi device bootloader, it is necessary to have a working account on the device.

In this step, you have to bind your account with the Mi Unlock authorization tab which you can find under the developer settings.

Open the device settings > Tap on About phone > Scroll down and tap on MIUI version slot five to seven times. This will unlock the developer options in your MIUI device which can be located under “Additional Settings.” 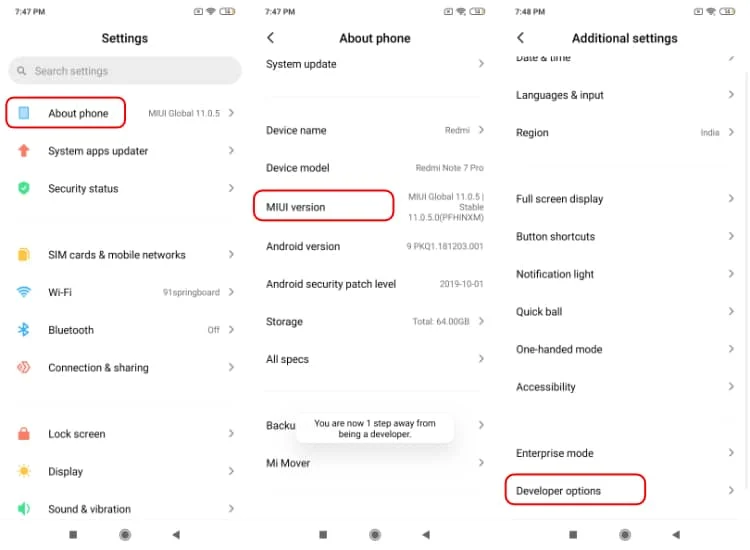 In the Developer options, go to the “Mi Unlock Status” and tap on “Add account and device” in order to authorize Xiaomi to unlock the device associated with the account. 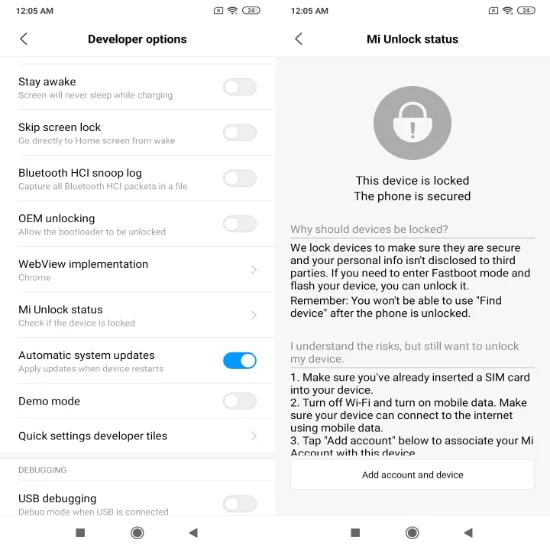 The authorization process will use the mobile data of the carrier. Therefore, make sure you have turned off WiFi before adding the account.

Before moving ahead with the third step, enable OEM unlocking and USB debugging while you are in the developer options settings.

Extract the zip file and open the application named “Mi unlock flash file”. Log in using the same Mi account which is being used on the Xiaomi smartphone. 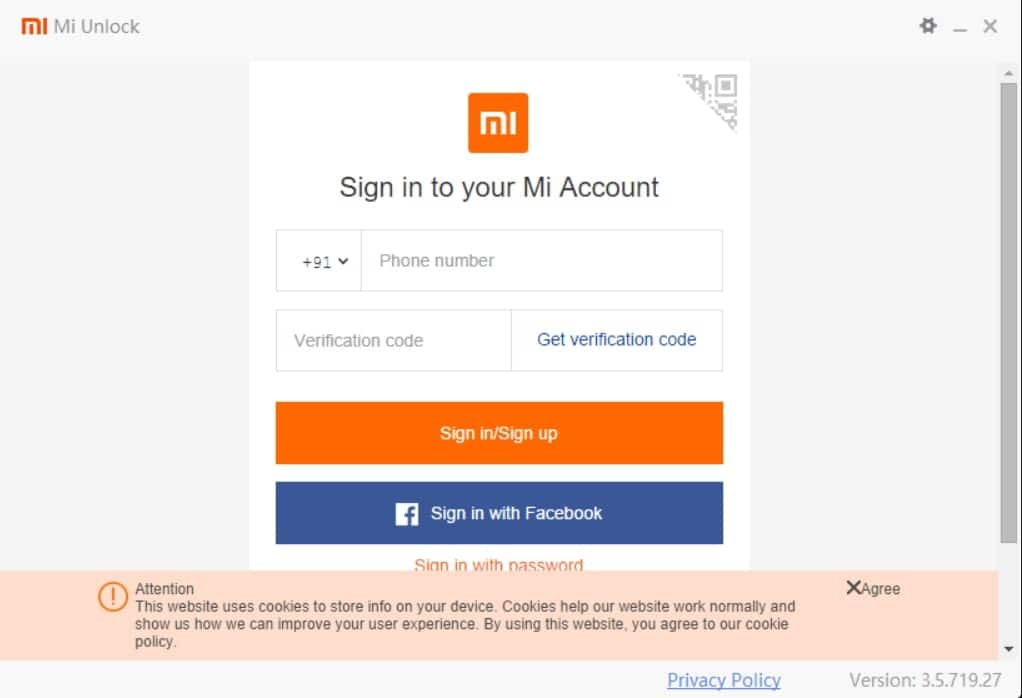 Before starting with the Mi bootloader unlocking process, tap on the top-right gear icon to check the update for both USB driver and Mi Unlock Tool. 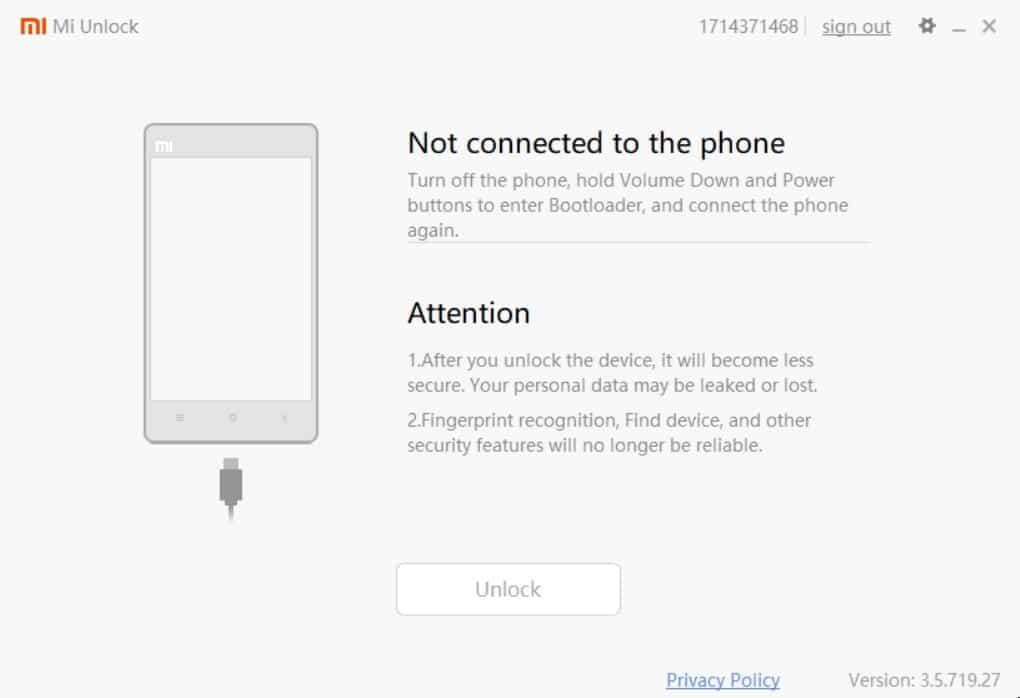 As instructed on the app screen, switch off your smartphone. Take a moment and hold the power button and lower volume button simultaneously. This will open up the fast boot mode in your MIUI device. Now, connect the phone with the computer via USB cable. 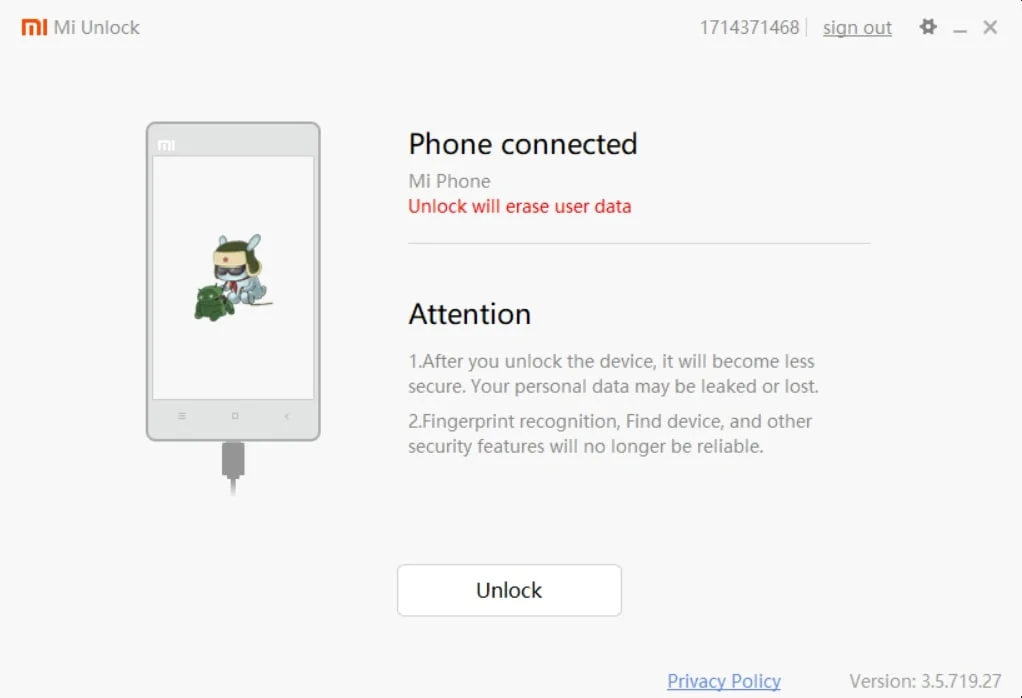 A new message will appear on the screen, “Phone connected”. Now, click on the “Unlock” button to unlock the bootloader. 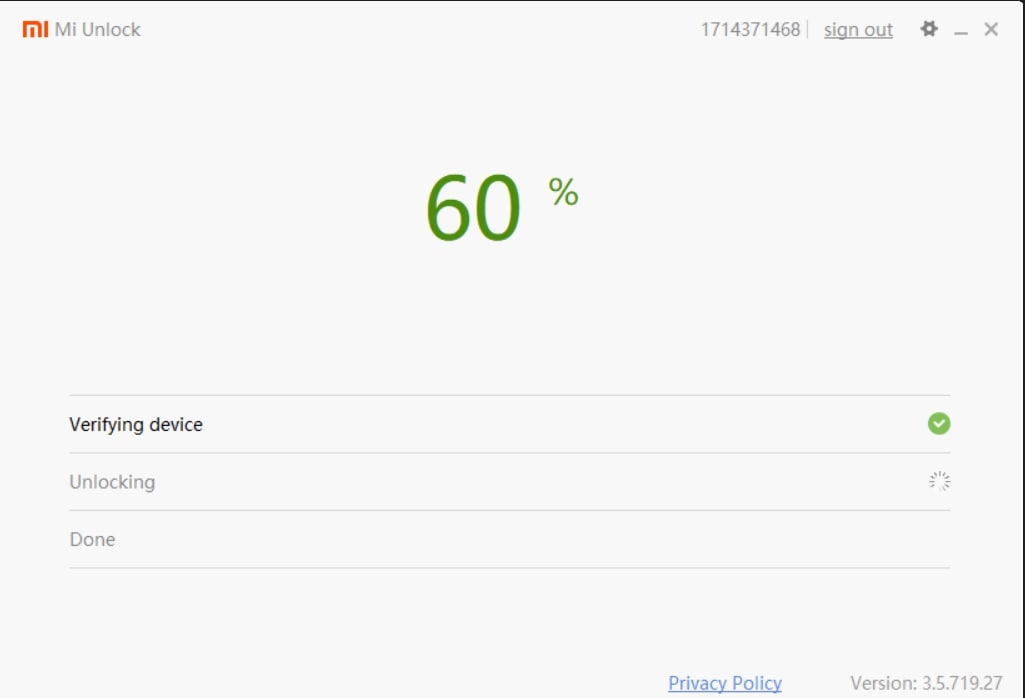 Step 4 –  Wait for Xiaomi to end the Unlock period

On your first attempt, the Mi unlock tool will flash the message, “Couldn’t unlock, Please unlock 168 hours later”. For those who don’t know, this is the infamous Xiaomi bootloader unlock waiting period where, sometimes, users end up waiting for months. 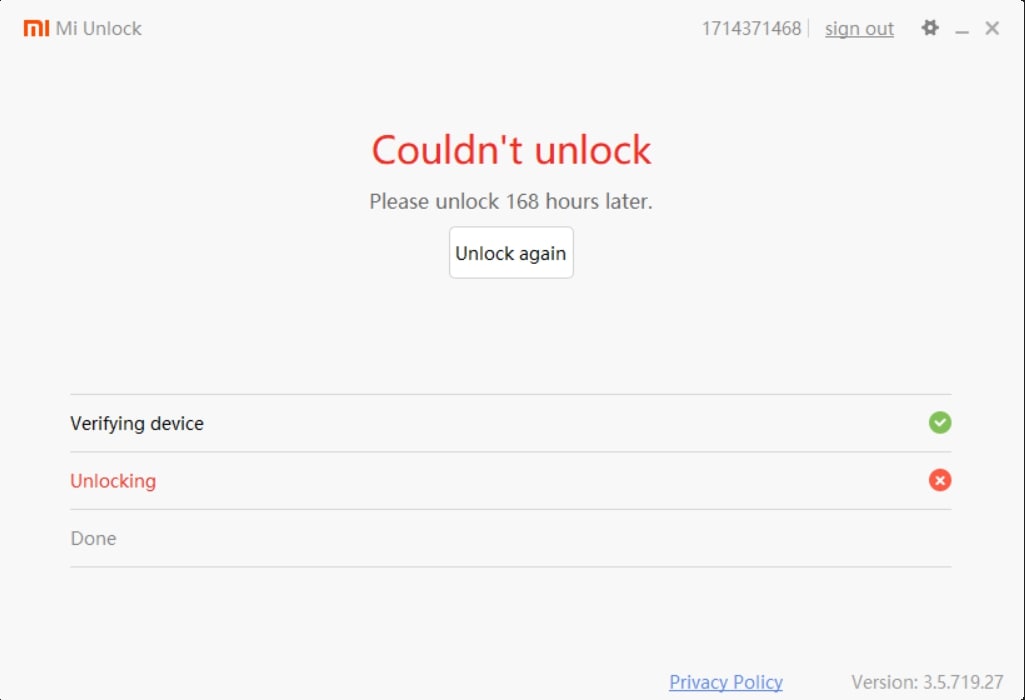 However, several users claim to get the unlock device authorization merely within a few hours. If you want to avoid the same fate, just try not to bypass the 168 hours error.

The Mi Unlock tool waiting period is a bitter pill to swallow. There is no workaround, in fact, you might wind up resetting the clock trying to trick the system.

The best thing you can do is wait patiently and once the unlock period is over, again use the Mi unlock tool and hopefully, unlock the bootloader of your MIUI device. 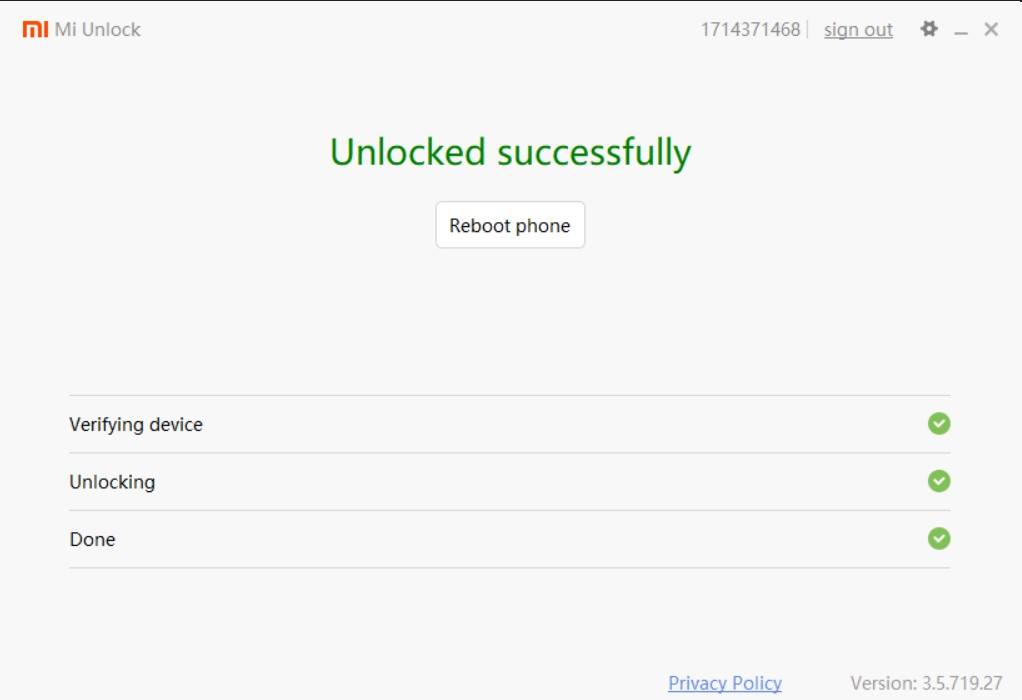 Step 5 – Check the Mi Unlock status on your device

By now, I am guessing you have successfully unlocked the bootloader of your Redmi device. Before you head on to do other things such as flashing the MIUI device or rooting the device, do a quick check if the unlock procedure was a success.

Close the Mi unlock tool and reboot the device. Again, head to the Mi unlock status in the developer settings and see if the tab is flashing “Locked” or “Unlocked”.

There are a number of things that you can do after unlocking the bootloader. You can now root the device which will allow you to customize the smartphone to the highest degree

If rooting seems a hassle, you can shift to the MIUI China ROM to get the latest features of MIUI as they arrive. Apart from that, you can install custom ROMs such as Pixel experience, LineageOS, etc.